Raj Bala was one of the devotees of Ramdev who was fasting with the yoga guru at the Ramlila grounds when the Delhi police swooped down onBaba Ramdev on the night of June 5 and detained him after firing tear gas shells and resorting to lathicharge on his supporters to end his indefinite hunger strike on black money issue.

Thousands of protesters gathered at Ramlila ground were caught off guard by the police action.

Anna Hazare detained ahead of his fast 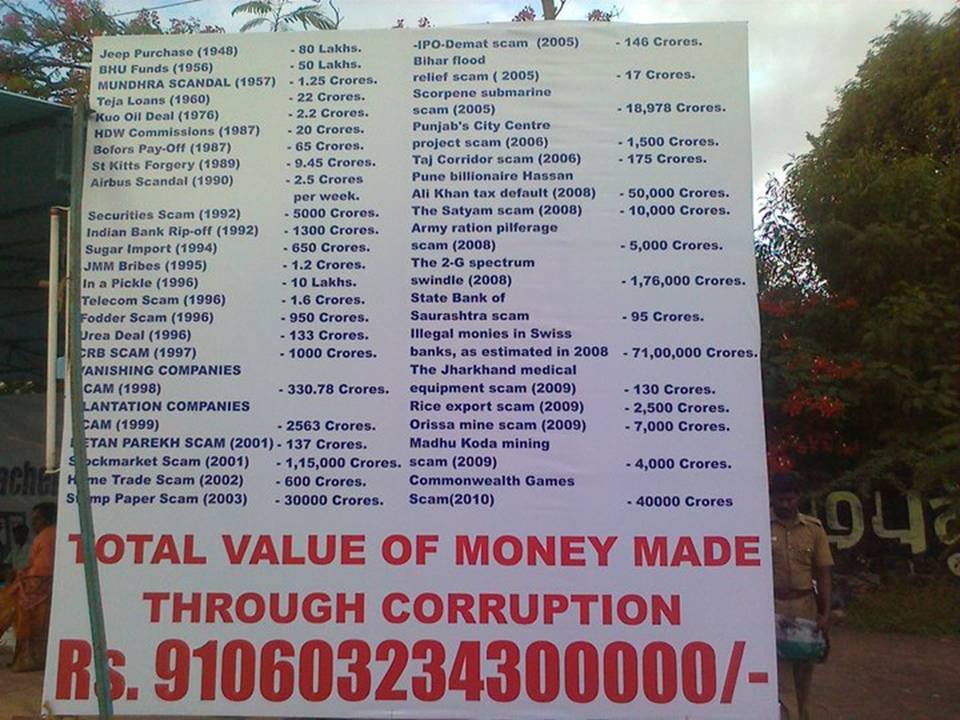 US$20.33 Trillion approximate amount of Indian money siphoned off in Scams