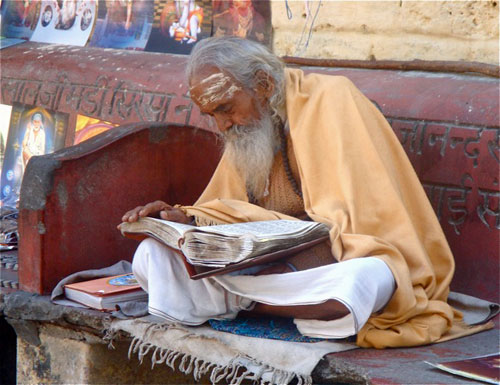 [It] exists (asti); [it] shines (bhati); [it is] beloved/pleasing (priyam); form (roopam); and name (naama)” all these five aspects. The first three are in the form of Brahman; the latter two are in the form of the world (jada roopam)

The above verse and the whole book of verses in the ‘Vakya Sudha’ (aka Drig Drisya Viveka) by Sri Adishankaracharya is traditionally contemplated for attaining “Yoga Samadhi”. It is known as ‘Brahma Vidya’. It is an enquiry into the SEER and the SEEN.

This is how I understood the above verse.:
Basically any experience we have with this world will have all these five aspects. They essentially characterize every entity. Nothing exists outside the realm of this understanding.

For example: When I say “I love Radha,” there are these five aspects which sustain this statement Radha exists, Radha is: asti. When I say “Radha is” she must be an object of consciousness (Bhati). I am saying, “I love Radha” because Radha pleases me; she is priyam. Priyam is love, a source of Ananda. So with reference to Radha I have asti, bhAti, priyam, she exists, she an object of consciousness and is pleasing. And then Radha has a form and a name.

Every object in this world should have these five.

The power of creation:

The manifesting of all names and forms (srushti) and the entity which is Existence-Consciousness-Bliss (saccidananda vastuni) and which is the same as Brahman (brahmarupe) , like the foams etc (phenadivat), in the ocean, is known as creation.

The above illustration is for the purpose of showing the indescribable nature of creation. Foams, waves, bubbles etc. are not separate from the ocean, because all these are made of the same essence.

Another example is a book, all words are black ink on a white paper but we can create different stories, drama, characters with that ink.

Once a father took his 2 children to a fair and the children wanted to buy things. In one shop, they were selling different dolls made up of sugar. Different animals like monkey, elephant, tiger, donkey etc. One child took a Donkey and another took Elephant. When children got home, they started to fight. Each one wanted the other animal. So father told one child – to eat some part of the animal that he had. Also he told the same thing to other child. When they both tasted their animals both tasted sweet. Father said that Donkey and Elephant are both projection on sugar. Sweetness is the essence of both dolls. But what we see is names and forms through senses and mind.

It is maturity to see oneness!!! We have to have a vision to be able to see the real essence behind all these appearences. That essence is called Brahma, Sachchidananda Vastu. Projection on this Sachchidananda is called Srishti.