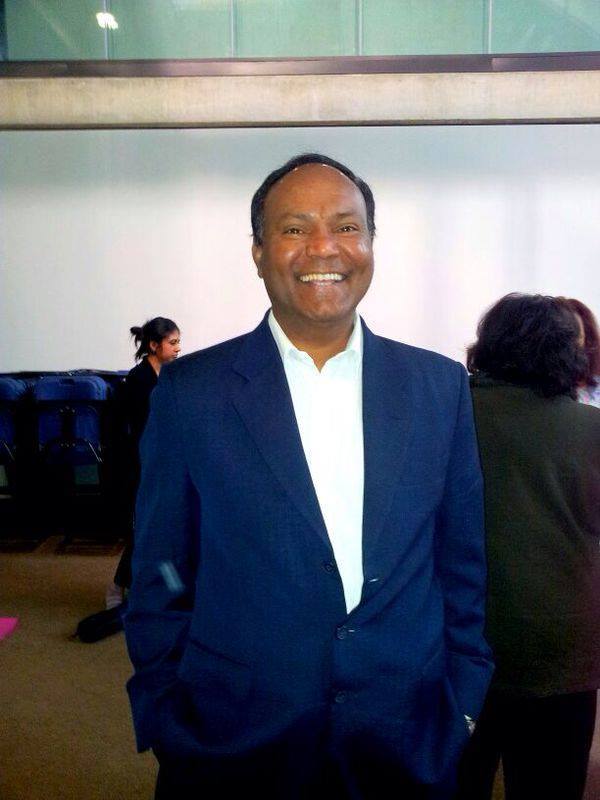 by Madhava in In English Language, As I Think

The Story of the Swastika

4th November 2013
London, UK
By: Madhava Turumella
email: madhava@madhava.net
Thank you to all those who congratulated me for my appearance in the BBC documentary “The story of Swastika”.  It was a 30 minute documentary hence they could not cover every aspect of Hindu symbol swastika.  Hence I am giving below some further information regarding Swastika which I learned from my great teachers.  Please note that  @20:21 in the BBC Documentary it was said that Swastika can be drawn how ever you may want. This information is not correct hence I felt it is a must to give out the information that I learned from my teachers in Hindu Tantra. Those who are in a hurry can directly visit the section “How to draw a swastika” in this section.

Also in Hindu occultism Swastika purposefully gets tilted to invoke bad forces.  In ancient times they used to draw tilted reversed swastika’s  on the fort walls of enemies. Their belief was that such a thing does black magic.
We are strictly advised to respect our symbols.  Swastika should only be used for peaceful purposes.  It can be compared to the wise advise – that the power of Atom should only be used for peaceful purposes.

Hence it is entirely dependant upon us how we draw swastika and for which purpose.  Swastika drawn properly brings peace and prosperity.But swastika drawn tilted causes immense destruction.

Nazis drawn Swastika in both ways. On their war machinery and on their military uniforms they drawn “Tilted” swastika which, as per ancient Hindu symbolic belief, causes death and destruction. 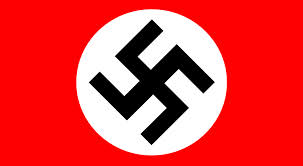 Nazis also used Swastika drawn properly on their civil infrastructure building that bring prosperity. Germany no doubt, temporarily prospered under Nazis, but their twisted minds twisted Swastika which brought ultimate distruction. So please beware on how you draw swastika.

The sacred hymn to chant while drawing a Swastika: 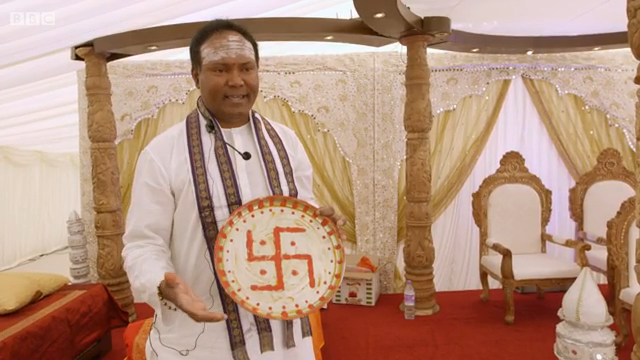 Meaning:  “May Indra (who is) extolled in the scriptures, be auspicious to us; may Pushan, the all-knowing be propitious to us; May Trakshya, who saves from all harm (destroyer of evil), be well disposed towards us; and may Brihaspati (God of learning) ensure our welfare!”

Though many times Swasti (peace) is invoked in our Vedas.  It is this particular Hymn where all four very powerful vedic gods are invoked takes higher importance in regular Hindu Rituals.
THE GODS OF HINDU SWASTIKA 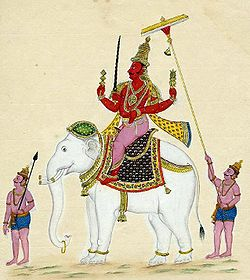 2. Pushan  (पूषन) Sun god –  He is the god of meeting. Pushan was responsible for marriages, journeys, roads, and the feeding of cattle. He was a psychopomp, guide of souls conducting souls to the other world. He protected travelers from bandits and wild beasts, and protected men from being exploited by other men. He was a supportive guide, a “good” god, leading his adherents towards rich pastures and wealth. He carried a golden lance, a symbol of activity

3. tarksya – A God who is in the form of a flying horse.  Garuda, the king of birds is also called arishtanemi, meaning the one whose path is unobstructed. He is known for His farsightedness. Being endowed with divine powers, he is capable of flying long distances. Garuda is symbolic of Vedas. He has a great capacity for self-rejuvenation. Just like how an eagle can see harmful serpants and capture them, tarksha  is capable of capturing and removing any inauspicious things in our path.

4. Bruhaspati “lord of prayer or devotion”, also known as Deva-guru (guru of the gods), is a Hindu god and a Vedic deity. He is considered the personification of piety and religion, and the chief ‘offerer of prayers and sacrifices to the gods’ (Sanskrit: Purohita), with whom he intercedes on behalf of humankind.

How to draw swastika:

They should not be curved or tilted.   The angles of Swastika, when drawn on walls, the seat of Brihaspati should be  perfectly aligned to the earth (i.e should not be tilted).  When drawn on a flat surface they should perfectly aligned to the four directions.   The right-side of Swastika always points to the East.  Please the below diagram.  Angle 2 (Sun God) of Swastika should always point to the East direction. Any person who is attending the puja ritual should be able to identify the directions by looking at the swastika.  Knowing the directions are very important for performing all Hindu rituals. Particular Gods live in particular directions. For example Lord Siva lives in North direction. Sun God lives in the East direction.  Fire God lives in North-East Direction.  Hence when a priest wants to invoke sacred fire he would turn towards North-East to invite FireGod.  Instead of asking for directions, the priest can look at the Swastika drawn on the floor of the house and get the directions!   Sometimes swastika drawn on the floor can appear tilted because it is drawn aligning to the directions.

Swastika when drawn in a square should always perfectly align its angles. The square should be aligned to the directions.  The seat of learning Brihaspati – angle 4. When you draw Swastika on a wall, you should not tilt it because when tilted Brihapsati gets unseated. It is believed that such a thing can only bring darkness and ignorance.

SWASTIKA USED IN A WEDDING RITUAL 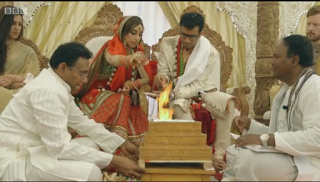 We use swastika in wedding ritual as a seat for Lord Ganesha; as a visual pointer to help the wedding priest to orient himself with the directions.

I hope I made it clear the real meaning and application behind Hindu Swastika.  It is quite sad that Nazis had usurped our sacred symbol and used it for immense death and destruction.  I sincerely pray for the welfare of all those souls who lost their lives in that senseless holocaust.