In defence of Mahatma Gandhi: Regarding the execution of Bhagat Singh 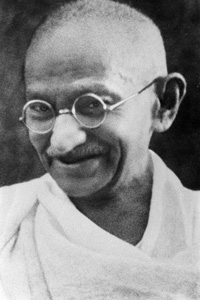 by Madhava in In English Language, As I Think, English Content

In defence of Mahatma Gandhi: Regarding the execution of Bhagat Singh 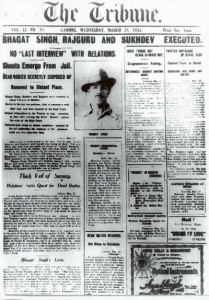 Everyone is wrongly accusing Mahatma Gandhi for the death of Bhagat Singh! They make certain fundamental mistakes in this assumption. Hence I wanted to bring some clarity by defending Bapu.
1) These accusers erroneously think that Mahatma Gandhi *had* some kind of power over British to magically stop the execution of Bhagat Singh

To understand this issue we must modularly revisit and analyze the strategies needs and timelines of each party involved in freedom struggle. We need to know

a) Who is Bhagat Singh, what did he really want
b) Why were British so desperate to kill him before Karachi Congress?
c) What was Mahatma Gandhi doing at that historical timeline?

A Brief background of Ghadar Party (HSRA) and Bhagat Sing’s involvement with it:

It is well known that from his young age Bhagat Singh was deeply impressed by the Ghadar Movement and that he regarded Kartar Singh Sarabha as his hero. During the year 1917 there was Bolshevik revolution which saw the overthrow and eventual exeucition of the Tsar. The impact of the Russian Revolution and the contact with Kirti Ghadarites led Bhagat Singh and his comrades towards a fresh thinking on their objectives and methods. In September 1928 Bhagat Singh changed his party’s name to “Hindustan Socialist Republican Army” by adding the word “Socialist” to it.

It is evident that Ideologically committed to proletarian revolution for the ultimate objective of socialism, Bhagat Singh and his comm wanted to awaken and organise the peasants and workers by rejecting the path of individual heroism and terrorist action. They basically wanted to create a bigger army which can fight in violent struggle (Ref 1)

Bhagat Singh was in Calcutta during December 1928, Bhagat Singh‘s major effort was focused in training his men in bomb-making and setting up factories for that purpose. By February 1929 Agra had become a centre for the manufacture of bombs. [On a personal note:- This writer’s grand-father (blood brother of petarnal grand-mother) was also a revolutionary influenced by Bhagat Singh. His grand-father got trained in Caltutta factory set-up by Bhagat singh. Unfortunately during a bomb making exercise in Patna his shoulder was blown away and he had to return back to AP but continued the freedom struggle. As a child, this writer learnt a little bit about Bhagat Singh and his ideals from his grand-father.]

It is an undeniable fact that Bhagat Singh belonged to Ghadar party which is openly communist. Ghadar activists undertook what the British described as political terrorism. British also suspected that some of these political terrorists were hiding in Congress party to escape from police surveillance.

The British Dilemma is “what if HSRA succeed in their ultimate goal of revolution!?” will they kill the British King like how Bolsheviks executed their Tsar?! For sure Bhagat Singh’s aim was to overthrow the British monarchy and usher-in socialist revolution based on the modal Irish Republican Army. [The name Hindustan Republican Army was based on IRA]

British were certain that Bhatagt Singh is a danger to their Raj. Hence it has been their strategy not to give room to Bhagat Singh. Hence they would never have listened to Gandhi in any way!

Congress Party was not yet recognized as an official political party till 1928. Congress party had no political mandate to directly participate in negotiations. Nay Congress party was under ban by British till that time. This is the reason why Bapu did not participate in the First Round Table conference. Also there was the question of 90000 political prisoners who are languishing in British Jails. Bhagat Singh was one among those 90000!

So Mahatma Ganahi asked Lord Irwin for a pact which, among several other conditions, contains the following two conditions:

In the art of negotiations, in order to progress, it is advised that one should ‘park aside’ the most difficult point and discuss and agree to the rest of the points. Gandhi Bapu, being a trained Barrister, knew this very well. Hence he got all his conditions agreed as a part of Irwin Pact, including “the Release all political prisoners, ***except those guilty of violence**” – this exception was a pre-condition by British.

While Mahatma Gandhi was in discussions with Lord Irwin, he was simultaneously trying to save Bhagat Singh. He sent many emissaries to the Jail to talk sense in to Bhagat Singh.

(1) Get Irwin-pact signed.
(2) Get release of all those 90000 political prisoners.
(3) Get official recognition to Congress Party and give a united voice to the People of India at the Second Round Table conference.
(4) Get Bhagat Singh released. This has been a stumbling block in negotiation. Hence handle this as a separate item. Deal with it by getting a clemency petition filed by Bhagat Singh. There is still time [At that time Bapu did not know Bhagat Singh was about to be executed on 23rd March. Had he knew we don’t know what would have been the situation]

There is nothing wrong in Bapu’s strategy. In order to achieve the objective of poorna swarajya (total freedom) getting Irwin-pact singed was a historical necessity! Bhagat Sings should not have become a stumbling block… This fact even Bhagat Singh might have recognized.

British Government had suspected that unlike Bhagat Singh who is an open revolutionary, there are many socialist communist revolutionaries who are embedded in congress. They wanted to find out who is who, they also wanted to create internal dissent in Congress Party. [divide and rule]. Hence their strategy was to hang Bhagat Singh before the Karachi Congress. It was scheduled to be held on 29th of March 1931! So, I personally think that Bhagat Singh’s fate was doomed right from the beginning! British had never intended to release him.

(1) Find out who is a revolutionary who supports murder in Congress Party
(2) Split congress party on those lines. Divide and rule for some more time.

It is important to see one more time the timeline.

Even though Bapu understood the British strategy, he was desperately hopeful of saving Bhagat Singh. If Bapu was not thinking of Bhagat Singh he would not have sought a private discussion with Lord Irwin. On 19th March Mahatma, four days before Bhagat Singh’s execution, Mahatma Gandhi visited Viceroy Irwin specifically  with an intention to plead for Bhagat Singh’s life.

Lord Irwin wrote in his memoirs of that night:
“As I listened to Mr. Gandhi putting the case for commutation before me, I reflected first on what significance it surely was that the apostle of non-violence should so earnestly be pleading the cause of the devotees of a creed so fundamentally opposed to his own, but I should regard it as wholly wrong to allow my judgment to be influenced by purely political considerations. I could not imagine a case in which under the law, penalty had been more directly deserved.” – Lord Irwin (Ref 2)

It is also a known fact that Bhagat Singh did not wish to live. He wrote the following to his friends:

“My name has become a symbol of revolution. The ideals and sacrifices of the revolutionary party have raised me very high. So exalted is my place that in case I continued to live I can in no case rise higher than this.. . . Who could be luckier than me? I am proud of myself these days.” Bhagat Singh’s note to his comrades on March 22, 1931, a day before he was executed. (Ref 3)

Bapu visited Lord Irwin on 19th March 1931 to exclusively plead for the life of Bhagat Singh. Just as a trained lawyer, he gave various reasons to Irwin to stop the execution. But it didn’t work.

Gandhi Bapu tried in vain to save Bhagat Singh. Also Bapu was totally against the death penalty. He never wished anyone to be sent to gallows. Bapu once said “I cannot in all conscience agree to anyone being sent to the gallows. God alone can take life, because he alone gives it”. (Ref 4) So it is absurd to even imagine that Bapu would have supported or collided with British in any such heinous act!

“Bhagat Singh and his two associates have been hanged. The Congress made many attempts to save their lives and the Government entertained many hopes of it, but all has been in a vain.

Bhagat Singh did not wish to live. He refused to apologise, or even file an appeal. Bhagat Singh was not a devotee of non-violence, but he did not subscribe to the religion of violence. He took to violence due to helplessness and to defend his homeland. In his last letter, Bhagat Singh wrote, ” I have been arrested while waging a war. For me there can be no gallows. Put me into the mouth of a cannon and blow me off.” These heroes had conquered the fear of death. Let us bow to them a thousand times for their heroism. But we should not imitate their act.

In our land of millions of destitute and crippled people, if we take to the practice of seeking justice through murder, there will be a terrifying situation. Our poor people will become victims of our atrocities. By making a dharma of violence, we shall be reaping the fruit of our own actions.[This is the main philosophical reason behind Mahatma’s pursuit of the path of non-violence]

Hence, though we praise the courage of these brave men, we should never countenance their activities. Our dharma is to swallow our anger, abide by the discipline of non-violence and carry out our duty.” Mahatma Gandhi in 29 March 1931 issue of Young India.

Bapu has no power nor had any role in the execution of Bhagat Singh. He was always trying to save Bhagat Singh. People who wrongly accuse Mahatma Gandhi for the death of Bhagat Singh should not ignore the fact that Gandhi saved 90000 lives by getting the Irwin pact signed. Bhagat Singh preferred death. And that was his wish. Bapu had nothing to do with it.

Ref 1: Why I am an Atheist, Bhagat Singh’s “Introduction” to The Dreamland written by Ram Saran Das, and Bhagat singh’s “Letter to the Young Worker” dated February 2, 1931.