As I think: Arvind’s Party will only manage to split the voters to help Congress retain power 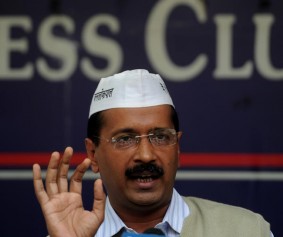 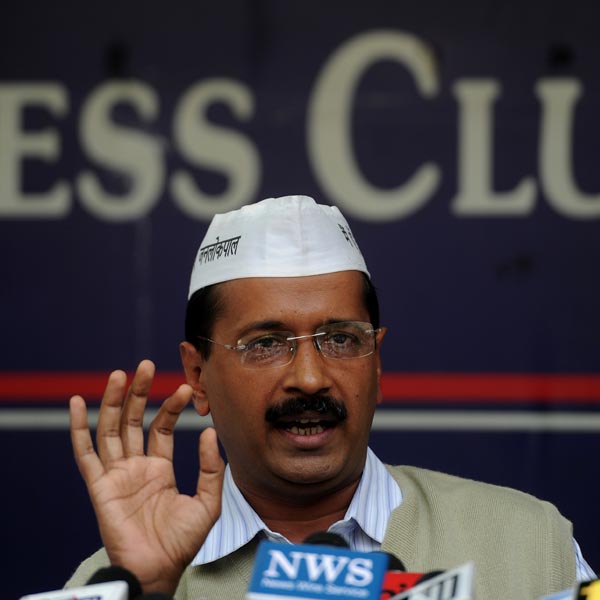 For example in Delhi, imagine there are 100 voters. Out of them 60 voters are against Congress. If all these voters collectively vote to a single opposition party then Congress has no chance to win. Hence Congress strategy is to split the 60 opposition [anti-incumbency] votes.

The opposition 60 votes get split as:

Congress gets the rest 40 votes

“First-past-the-post” electoral system in India declares Congress as the winner. Congress retains power even though they lost the public mandate. This was what exactly happened during last Andhra Pradesh Assembley elections. The voters in the state wanted an alternative to Congress. Hence Congress floated Chirajeevi party. By doing so they successfully split the vote and used the “First-past-the-post” system to get to power.

Arvind is another person who is carrying out the Congress mark strategy to get Congress into power. Arvind is going to repeat the episode of Chranjeevi. Before the elections Chiranjeevi in AP **acted*** as if he was against Congress and had caused to split the vote so that TDP does not get into power. After the elections Chranjeevi merged his party in Congress for a Ministerial position. Chirangeevi is a known actor hence he was able to act it out properly. But Arvind is not a trained actor hence his intentions come out easily in his speeches.

Many feel that AAP is merely a Plan B of the members of congress system under new circumstances.

Some questions and points to ponder upon:
1) Why did Anna Hazare’s movement which was about to overthrow a Government through a soft revolution – faded away?

2) Why are Tahalka and NDTV supporting AAP by their goody goody articles and interview? Tahalka is total leftist party, and NDTV is a paid propagonda Channel for you-know-who? So what is their interest in promoting AAP?! NDTV also promoted Chiranjeevi to split the vote. Now NDTV is promoting Jagan Reddy in AP – they got a three year paid contact for that. Google for “NDTV and Jagan’s sakshi channel Business”

3) Noted AAP leaders such as “Yogendra Yadav, Binayak Sen, Kejriwal, Deshraj Raghav” all come from NAC (National Advisory Council) and this NAC is lead by none other than Sonia Gandhi!!!! Please do a google “Cong hedges, NAC comes out:” The rest of the AAP leadership came directly from Congress.

4) There is every reason to believe that NAC is a body, which is in synergy with congress, for mutual quid pro quo. They are essentially in congress, and they serve congress by putting out thoughts, which help congress politically. AAP is perpetuating a significant part of congress culture through its NAC members and other members who came from Congress.

6) AAP is funded by Jindal Foundation. Though we couldn’t yet establish a solid link between AAP funding foundation and the Jindal family which is staunch congress, it still give reason to suspect.

WHAT AAP SHOULD HAVE DONE? I can tell what Arvind should have done instead of floating a party which will cause vote to split in the interest of Congress.
Arvind should have joined BJP and challenged its leadership! Modi was able to successfully challenge BJP established leadership. Chanakya said “Power is never given – it should be snatched.” He may have done so even joining Congress. A political party always goes by the direction its leader. Arvind should have joined one of the main stream parties to fight in elections. He should have joined them even if he did not like many of its leaders. He should have become a leader and change the direction of either BJP or Congress. Instead, he went on floating his own party which will now split the vote. In my opinion, small parties pose a danger to the democracy when they have “First-past-the-post” electoral system. The smaller the parties the higher the difficulties to dislodge the established power Mafia. In any democracy – in the first-past-the-post system – maximum only two or three parties should be there! Those who are aspiring should join these parties and change the ways of the parties in the direction that they want! -Madhava Turumella
http://ibnlive.in.com/videos/426819/aap-will-form-the-government-in-delhi-says-arvind-kejriwal.html

No comments yet. Be the first!
Click here to cancel reply.
Leave a Reply